Summer’s over. We’ve already covered that. But with the end of summer comes the beginning of “America’s favorite pastime”. The last week of September means that part of the year people remember to start caring about Baseball. But because MintVine is an international network, this isn’t going to be an in-depth analysis of the upcoming Postseason, but more of a guideline for how it works and a introduction to what is going to happen.

So, diehards (unless you need a refresher on the newly created playoffs system) and season-ticket holders please do not be offended for what follows.

The baseball playoffs begin after the 162-game season, typically in the first full week of October.

Ten teams make the playoffs – five each in the American and National Leagues. The three division champs and two wild cards – the two teams with the best records that do not win a division – qualify for the postseason.

History of the Playoffs

The first World Series was played in 1903, and the winners of the American League and National League met in what was first a best-of-nine series, then a best-of-seven series two years later. When the AL and NL split into two divisions in 1969, the ALCS and NLCS were formed and four teams made the playoffs. When the leagues adopted a six-division alignment in 1994, another round of playoffs was created with the Division Series. A fifth team from each league was added to the playoffs before the 2012 season.

If there is a tie for any of the divisions or the wild card, there is a one-game playoff the day after the season to determine the team that advances.

If there is a tie for a division and the losing team is assured of winning a wild card, there is no one-game playoff and the team that won the season series between the teams is named the division champion. If the teams split their season series equally, the team with the better record within the division wins the title. And if they’re still tied, the team with the better record in the final 81 games is declared the winner. If they’re still tied, that scenario is extended back to 82 games, 83 games, 84 games, etc.

Beginning in 2012, a second wild card team was added. Prior to that, there had been just one wild card team in each league – the team with the best record that didn’t win their division.

Now the two wild-card teams play each other in a winner-take-all game two days after the regular season ends. The winner of that game advances to the Division Series to face the No. 1 seed.

The winners of the Division Series then advance to the best-of-seven American League and National League Championship Series. The team with the best record of the remaining teams will have home-field advantage. In the event that a wild-card team has the better record than the other qualifying team that is a division champion, the division champion still gets the advantage and hosts Games 1, 2, 6 and 7. 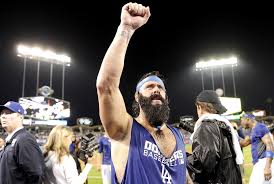 15 Unusual Ways to Make Good Money Fast
How to Make MintVine Work for You
Which Habits are Costing You $1,000s a Year?