As many of you may have noticed, people tend to be talking about soccer a lot more these days. The World Cup Bug is back and if you are like most American’s you probably already have Futbol Fever.  But with so much going on, its tough to keep up with all the new terms, teams, and even celebrations.  Fear no more, Mintvine is here to give you a few tips to be in the know, or at least be able to convince a few people that you seem like you are.

The first thing you need to know is what to call the sport! While it is soccer in the U.S., the rest of the world calls it football (prompting some conflict with die-hard NFL fans.) “We call it soccer here but I am working with so many Europeans analysts at the host desk and to them it is football, so I go back and forth,” says ESPN analyst Bob Ley. “I grew up calling the field a pitch and zero is nil. I have been around the game for 40 years so they are tough habits to break.”

2. The teams and players to watch — and why 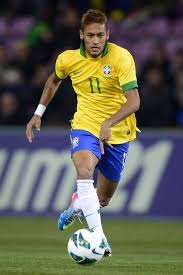 The Brazilian side has all the pressure on them. They were in the same position last summer at the FIFA Confederations Cup and Neymar (pictured left) had his first real test, and had a spectacular tournament.

“Uruguay has been such a silently powerful team in the last four years, so keep an eye out on howLuis Suarez rehabilitates his [knee] injury.”

Don’t neglect Argentina. either. “Can Lionel Messi — who did not have a great year — find magic with his national team?”

The Germans have a lot to prove as well. “No European team has ever won a World Cup in South America, so it would be great if they can do it despite the home continent advantage. These are not friendly shores for the Europeans. Then there are the Italians, who played very well last year and will always play good defense.”

Despite football being their national sport and the global success of the Premier League, England hasn’t won for 48 years. “I love the tortured psychosis of the English. So much for them realizing that 1966 [the last time England won the World Cup] was four decades ago and they were the host nation. We shall see if they can get to the round of eight.

I recommend watching the matches on the best quality, high definition television that you can and the biggest screen, so you can appreciate the game even more.

In this digital age, you can watch on two screens if you have a tablet or smartphone with you and learn about the players. Go to ESPNFC.com and find out about them from their bios. Double-screening is a great idea as the only time the games are simultaneously played are in the final group stage.

4. Don’t keep your eye on the ball

Just like following a puck in hockey, many viewers strive to stay focused on the ball during the whole match. Learn to watch ‘off the ball,’ you will learn so much watching away from the ball in critical moments, like when people are making [corner kicks]. Don’t just keep your eye on the ball.

Unlike in South Africa when the matches aired stateside in the wee hours of the morning, there is only a one-hour time difference between New York and Rio de Janeiro.  All the games will be shown live each day on ESPN as well as online on numerous free-streaming services. 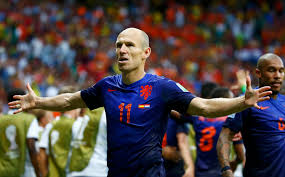 Watching is exciting enough, but being able to understand is even better, and being able to talk about it with everyone else is the best.  Here is a good website with a full glossary of soccer terms – http://soccer.epicsports.com/soccer-glossary.html