Its official. MintVine 2.0 is finally going international! As of this morning we now have surveys going out to all our UK members. So, as a way to welcome them to the group we would like to help you get to know them. 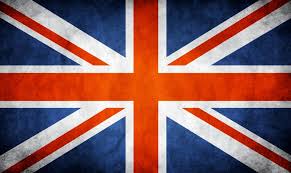 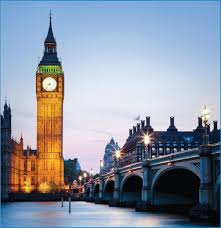 Now that we’ve got that out of the way here are some fun facts about our colleagues across the pond:

As well as a great website that compiles a nice little dictionary of British Slang terms – http://www.effingpot.com/slang.shtml

Drinking in an English Bar

1. In England, in pubs or bars, you can have drinks but you are not allowed to get drunk; and in Scotland you are on the wrong side of the law if you are drunk and in possession of a cow.

2. In London the tube route from Leicester Square to Covent Garden is the most popular tube route for tourists despite the fact that it is actually quicker to cover this distance on foot!

3. The tube system, despite being the first and the largest underground system in the world, is also the most unreliable and the costliest.

4. The 409 escalators in the London subway cover a distance every week which is approximately equivalent to several trips around the globe!

5. Not surprisingly, it is considered one of the strangest historical facts thatBerengaria of Navarre, who was married to King Richard of England, had never once stepped on English soil!

6. Did you know that the Windsor Castle is the oldest royal residence in the world that is still being used by the royal family and that the Buckingham Palace was built in 1702 on the site of an infamous brothel!

7. It is also believed to be haunted by many ghosts including those of Henry VIII, Queen Elizabeth I, King George, and Charles I.

8. The Queen of England, who once enjoyed extensive powers and authority over almost the whole world, and despite all her present majesty and glory, is not allowed to enter the House of Commons simply because she is not its member!

9. And in medieval England even animals were tried in royal courts and punished for damages they inflicted on people or their properties!

10. The English are tea addicts: an Englishman drinks more tea than any person of any other nation (over twenty times more than Americans!).

Big Ben is not a clock

11. Contrary to popular belief that Big Ben refers to the world famous clock, it is actually the name of the thirteen ton bell. The tower itself is known as St. Stephen’s Tower.

Where do they come from?

12. That London is one of the cities with the high cultural diversity in the world, can be gauged from the fact that about 25% of the inhabitants of London were born outside of England!

13. One of the most well-known theatres of The United Kingdom is the Theatre Royal Bristol that has been continuously staging “Cats” since 1766!

14. Did you know that London has had many names in the past? It was calledLondonium during the Roman Invasion, Ludenwic in Saxon times, andLudenburg during the kingdom of Alfred the Great.

15. The London Eye is the tallest observation wheel in the world and each rotation takes about 30 minutes.

16. In the Great Fire of London that wreaked havoc on the city and necessitated massive reconstruction work, the casualty count was only eight!

The bridge that fell down 1000 years ago

18. You must have heard the “London Bridge is falling down” nursery rhyme. Did you know that this rhyme might be over a thousand years old? The Saxons destroyed London Bridge using boats and ropes to tear it down. People think that is how the rhyme originated.

19. Did you know that the River Thames, which flows through London, has over 200 bridges and 20 tunnels?
Something to keep in mind next time you’re walking back to your hotel near the tower of London!